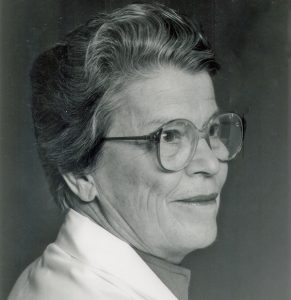 When Dr. Marion Hilliard (Class of 2T7) took to the high-school stage to speak about her career as an obstetrician/gynecologist, Marguerite (Peggy) Hill sat enthralled. The lecture made up her mind: She would be a physician.

Her parents, though, didn’t like the idea and refused to finance her medical education. Although they didn’t openly discuss their reasons for not wanting their daughter to be a doctor, Peggy’s older sister told her that medicine was no vocation for a lady. So instead of enrolling in Medicine, Peggy Hill signed up for an arts program at U of T’s University College.

In 1936, when Hill enrolled at U of T, it was a strongly patriarchal organization. For example, the female students, who wore hats and gloves on campus, were not allowed inside Hart House. In a 2012 article in the Globe and Mail, Hill is quoted as saying, “I think we all resented that the men had such a splendid place. But actually, we didn’t get in it so we didn’t know the full extent of what we were missing.”

Nevertheless, Hill had an active social life while working toward a master’s in psychology.

The Second World War was escalating when she graduated in 1941. Hill enlisted in the Canadian Women’s Army Corps as a psychologist and was assigned to helping select personnel. In 1946, Captain Hill was discharged from the army and, like all who had served in the war, was entitled to a free education. 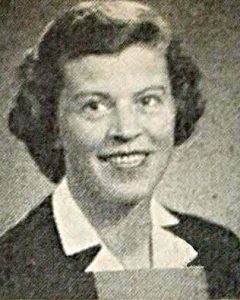 Classmate Dr. Irene Hain (Class of 5T2) remembers that Hill, being ex-service, was older than many of her classmates. “She already had her friendships and activities,” recalls Hain. Hill didn’t participate in Daffydil or join any intramural sport teams. Hill’s social life revolved around the friendships she had formed at University College.

Both Hill and Hain stood out in their class of 190 students because there were only 10 women. “The dean didn’t really approve of women in medicine,” says Hain. “He thought that when they graduated, they would get married and never practise. But all of the women in our class had long careers.”

Hill also stood out because she excelled academically. As one of the six students in her class with the highest marks, she was invited to join the Alpha Omega Alpha Fraternity, the only medicine-related group she participated in. “Peggy was very smart, no doubt about it,” recalls Hain.

In 1952, Hill graduated at the top of her class, as the Gold Medalist, having achieved the highest marks throughout the program.

Classmate Dr. John Evans (Class of 5T2), who later became President of the University of Toronto, joked that he graduated as “the highest man” in his class, but he was referring to his towering height.

Hill did five years of postgraduate training in internal medicine and nephrology, and was the first woman to hold the position of Chief Medical Resident at Toronto General Hospital.

“I have a clear memory of the first patient she saw with me,” he wrote. “I was on the obstetrical service and was worried about the status of an expectant mother’s heart. I called Peggy who came quickly and reassured both the expectant mother and me (I was far more concerned than the patient) that the patient’s cardiac status was perfectly satisfactory… What I remember most about that incident was the calmness that Peggy brought to the patient’s bedside.”

In 1958, Hill accepted a posting as the Associate Chief of Medicine at Women’s College Hospital. She stayed at the hospital for her entire career, swinging open doors for women physicians at a time when a female doctor was an oddity.

Hill was the hospital’s Physician-in-Chief from 1968 until 1984, the second woman in the history of a U of T teaching hospital to hold this position. Under her leadership, she worked cooperatively with other hospitals to set up a three-hospital diabetic unit and a respiratory service. Hill supported a 24-hour rape and sexual assault centre, and Toronto’s first birth control clinic.

Regardless of her administrative duties, Hill always kept an active practice, spending 40 per cent of her time with patients and always bringing work home, usually dictation, to do in the evenings. If she sent a patient to Emergency, she would be there when the patient arrived – even if it was in the dead of night. She kept up this gruelling schedule until retiring in 1984.

On January 15, 2012, Peggy Hill died in her family home, where she had lived her whole life. She was 92. In her will, she had made a generous donation to the MAA.

Her bequest didn’t specify that the money should go to student bursaries, placements, or anything in particular. She trusted the MAA to determine how best to use the money. Cowan, then the MAA Vice-President, began exploring ideas to honour, in the most appropriate way possible, Hill’s legacy.

Dr. Jason Pennington (Class of 0T0), then the curricular co-lead at the Faculty’s Office of Indigenous Medical Education, proposed an annual visiting lectureship in Aboriginal health. Pennington wrote, “The visiting lecturer would be invited to spend the day in Toronto with potential opportunities to meet with the Indigenous medical students, participants in the Aboriginal Health Elective, and the pre-clerkship medical students… All medical students would be invited as well as Aboriginal community members, physicians, health care providers, and educators from across the city.”

While Hill had travelled around the world, she had a special interest in and fondness for all aspects of northern Canada. Patricia Smythe, Hill’s niece who oversaw the bequest, wrote that “Peggy would be delighted with the MAA’s decision to support efforts to further the health of Indigenous peoples.”