Compared to the general Canadian population, the rates for Indigenous peoples are:

The Truth and Reconciliation Commission of Canada that launched in 2008 made us face our history of residential schools and unbridled cruelty. In 2015, the Commission released 94 “Calls to Action” to redress our troubled past, close the gaps in health outcomes, and move toward respect and accommodation. One of the Calls to Action specifically addresses the education of health care practitioners.

The Commission calls for more Indigenous peoples in the health care field. Long before the Commission, though, U of T Medicine’s Summer Mentorship Program, which dates back more than 25 years, was already giving high school students of Indigenous and African ancestry the opportunity to explore the health sciences over four weeks in July.

However, by the time Indigenous students reach high school, many have been dissuaded from careers in science and medicine. Then at high school, some may not have taken the courses they need to enter university; racism can play a role in how students are directed into different educational streams.

“It is clear that we need to reach Indigenous youth sooner and offer more support,” says Dr. Chase McMurren, the Theme Lead for Indigenous Health in Temerty Medicine’s MD Program.

Due to the pandemic, the program was offered virtually via Zoom. “While this doesn’t address the human rights issue of access to reliable internet, which is often a challenge on reserves, it highlights a way to reduce the barriers to access,” says McMurren. “Being online, the students were able to learn from Indigenous peoples from across Turtle Island [North America].”

The “Building the Fire” program was a collaboration that included Temerty Medicine’s Office of Indigenous Health. Dr. Lisa Richardson, of Anishinaabe descent, and Dr. Jason Pennington (Class of 0T0), a member of the Huron-Wendat community of Wendake, co-founded the office in 2013. Working with the Office of Admissions, one of their first projects was launching the optional Indigenous Student Application Program (ISAP) to increase the number of First Nations, Inuit, and Métis students in the MD program.

At Temerty Medicine, the admission requirements are identical for all students in terms of grade point averages (GPAs) and Medical College Admissions Test scores. The Elders advising the Office clearly stated that the GPAs and other requirements had to be the same as for other applicants, and there was to be no quota.

Students applying through ISAP are required to submit a personal essay describing their connection to the Indigenous community. As well, they’re entitled to representation from Indigenous health leadership in the application review and interview process.

Dr. Ryan Giroux (Class of 1T7) says ISAP is what drew him to U of T’s med program. “I remember meeting Indigenous faculty, staff, residents, and students on my interview day who were all incredibly supportive of whatever path I wished to take and happy to have me there,” says Giroux, a member of the Métis Nation of Alberta. “ISAP made U of T feel like home – and that’s why I decided to come to U of T even though there were options for me to complete medical school closer to my family.

“ISAP looks at each applicant holistically and decouples an applicant from their GPA, test scores, and their extracurricular activities, and begins to centre pieces that are meaningful to our Indigenous communities, like our connection with our community and how our lived experience will impact the work we do.”

The Office of Indigenous Health offers support to Indigenous students, as does the Indigenous Physicians Association of Canada, which was founded in 1991. It has an active membership of 104 Indigenous medical students, 46 Indigenous residents, and 90 Indigenous physicians. 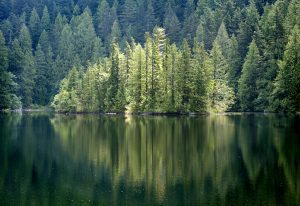 Another Call to Action is to require all health care students to train in Indigenous health issues, including the history and legacy of residential schools, and to receive training in intercultural competency, cultural safety, and anti-racist practice.

The Office of Indigenous Health has championed the need to create additions to the curriculum and other opportunities for students to learn about Indigenous health and practise culturally safe care.

The 10-session student-led elective introduces med students to a variety of topics on Indigenous history, health, and culture. Each session is facilitated by Indigenous community members, including Elders, traditional healers, and physicians.

Our alumni are also furthering this work. “Advocacy, research, and education are incredibly important to me as they help change the systems around us, and I maintain many roles in these realms,” says Giroux. “Most recently, I started as an Indigenous Educator at the Royal College of Physicians and Surgeons of Canada, where I am leading work in how to ensure that Indigenous health is reflected in the accreditation of post-graduate medical education.”

There are 70,000 Indigenous persons living in Toronto, the largest urban Indigenous population in Ontario. Over 90 per cent of the city’s Indigenous peoples live below the low-income cut-off. Only one in three has a primary care provider; consequently, much of non-urgent health care is accessed at hospital emergency departments.

But some Indigenous peoples refuse to access medical care. Past experiences with racism in health care organizations deter them from seeking care.

Giroux, a pediatrician, practises at several locations, including at two Ode’I Min (“strawberry” in Ojibwe) clinics. “I provide primary, consulting, and transitional care to families who often don’t have access to physician services,” he says. “Along with two family physicians and an excellent interprofessional team, we provide low-barrier and trauma-informed care to our communities.”

One of the city’s first initiatives to provide health care specifically for Indigenous peoples is Anishnawbe Health Toronto (AHT). Established in 1989, it focuses on improving the spiritual, mental, physical, and emotional health of Indigenous peoples through both traditional and Western approaches. Seventeen years ago, AHT opened Toronto’s first sweat lodge in a public facility.

The AHT “Traditional Team” is made up of Traditional Healers from various First Nation communities and Osh-ka-be-wis (Traditional Helpers). The team provides guidance and direction to psychiatrists and counsellors, and to AHT’s many community programs. The Healers offer services for clients unable to leave their homes, and provide end-of-life ceremonies at hospitals and hospices.

AHT is scattered across three sites in the downtown, but plans are underway to build a new Indigenous Health Centre in the West Don Lands, which is bordered by the Don River, King Street, Parliament Street, and the rail corridor. The Province of Ontario sold AHT the 0.7 acres of land for a nominal fee. The Health Centre is the first project of what will be an Indigenous community hub.

Several of the Commission’s Calls to Action address health care. They call for the recruitment of Indigenous peoples across health-care organizations, from the boardroom to the bedside, and to dismantle the systemic barriers that can prevent Indigenous peoples from accessing care.

The operation of Well Living House, which is part of St. Michael’s Hospital, is built from a foundation of almost two decades of collaborative work between health researchers, frontline health practitioners and Indigenous Elders. Committed to using and protecting Indigenous knowledge, languages, and ways of working, it’s guided by a committee of Elders called the Counsel of Grandparents.

More recently, Women’s College Hospital (WCH) made a tangible commitment to the health and well-being of all First Nations, Inuit, and Métis individuals, families, and communities. In 2018, it recruited Dr. Lisa Richardson, now Temerty Medicine’s Associate Dean, Inclusion and Diversity, to help make it a more inclusive organization.

The Gathering Space is also where they can conduct Indigenous ceremonies such as smudging, which is a cleansing practice that involves burning sacred herbs. The space sends a strong signal that Indigenous traditions, values, and practices are important.

The Centre for Wise Practices is governed by the Decision-Making Council of Elders, and there is an Elder in Residence in the Indigenous Education Department.

Education is an important component of WCH’s efforts and answers the Commission’s call for all health care professionals to be trained in cultural competency. By going department by department, Richardson and others are ensuring that all of the hospital’s health care providers practise culturally safe care.