To celebrate the Class of 6T1’s 60th anniversary, classmates share some of their memorable moments in medicine. 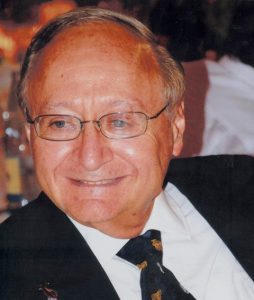 He has had more than 200 papers listed in PubMed and five textbooks published. In 1991, he founded the international scientific journal Obesity Surgery, which Springer Science purchased in 2013. Mervyn remains its Editor-in-Chief Emeritus and Founding Editor.

Mervyn and his wife of 59 years, Frances, have two sons. One is a radiologist, and one is a spinal surgeon. 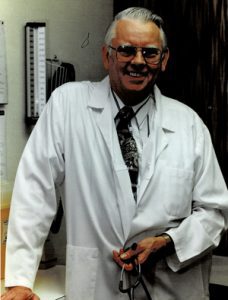 Dr. Ivan M. JACKSON writes that his most memorable moment in medicine is a sad one: “I was watching this lovely patient of mine during her labour. She was making progress and did not want any mechanical interference in the delivery. All of a sudden, the baby’s heart beat started to drop. I had no choice but to use forceps and do an episiotomy. I had summoned the pediatrician and handed the baby to him.

“The patient kept asking about the baby and then she suddenly stopped talking. I asked the nurse to check her BP, but she did not have any BP. We quickly took her to the OR, and the anesthetist and gynecologist arrived, and fluids were forced into her without any response in the BP. In a short time, her ECG became a flat line. We had lost her. That was the worst moment in all of my medical career.

“I had to talk to the father, who I had delivered years before. The next day, the pathologist called me and confirmed that she died of amniotic fluid embolism, a condition that only happens in one in 80,000. Not much comfort. The baby also died because of the lack of oxygen. This condition is unpredictable, not treatable, and only diagnosed positively at post-mortem. When I found all this out, I did not feel guilty, but still felt overwhelmed with the loss.

“My most pleasurable moments in practice were delivering twins. My first set took place in Northern Rhodesia (now Zambia) in 1963.” 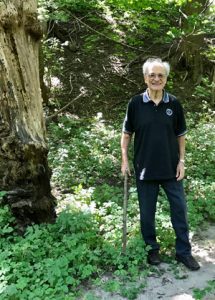 Dr. Martin NASH’s memorable moment in medicine occurred in May 2014, when he was launching his book Raising Great Parents while surrounded by well-wishers. He writes: “After 19 years in general practice, I restricted my practice to psychotherapy, focusing on the educational model of mental and emotional health. I realized that the medical model of mental health didn’t address many of the emotional difficulties that a number of my patients had. As well, education provides a strong preventive aspect, a very important issue for me.

“My wife, Georgine, and I were introduced to parenting classes using Dr. Rudolf Dreikurs’ book Children the Challenge. It helped us understand our own parenting style, and we continued running parenting classes, refining some of the ideas as we went along. 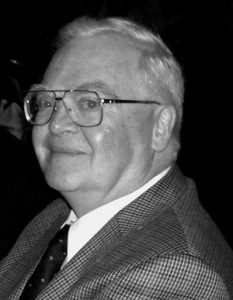 Dr. John PARKER, after 50 years of ophthalmology practice, research, and administration, is happily retired and thankfully well. He writes: “Marie and I still support Medical Ministry International by sorting and refurbishing glasses for Third Word distribution.

“We worship regularly at Yorkminster Park Church in Toronto. Marie enjoys her needlework, and I keep out of trouble maintaining the house and garden; dabbling in genealogy with my younger cousins; doing some 3D printing at U of T; birding; and reading more than I ever did. I feel very privileged to have had a wonderful education and career at the University of Toronto.” 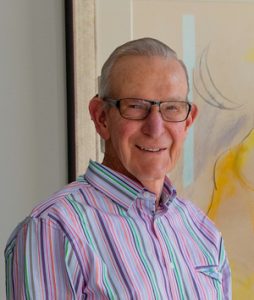 Dr. Norman WOLFISH writes, “I came to Ottawa in March of 1968, five years prior to the construction of the new Children’s Hospital of Eastern Ontario – CHEO. Pediatrics was split between two small departments in the General and Civic Hospitals. In November 1968, I was called to the Civic Hospital to see an eight-year-old boy with the then rare disorder of Hemolytic-Uremic Syndrome. He was anuric, comatose, with a potassium level of 8.5 mm/L.

“Hemodialysis for adults was in its infancy, but there was a unit at the General Hospital. I asked the adult nephrologists to dialyse this boy, but they couldn’t because all of their procedures were tailored to adults. I consulted with Dr. Gerry Posen on how we could modify equipment and techniques to accommodate such a young person. We had to borrow blood pumps from the NICU because the adult pumps ran too fast and would exsanguinate the lad. We had to calculate the blood volume of an eight-year-old and calculate how much could be removed and at what rate so as not to alter his blood pressure. The dialysers that were in use required large blood volumes to fill. We had to calculate how to modify the dialysis equipment so as not to cause disruption of the boy’s hemodynamic status. The other major problem we faced was access to his vessels. We opted for the femoral and jugular with the idea that shunts would eventually be required. Then we were faced with how long to dialyse and how often. We decided to go slowly but often.

“The next hurdle we faced was parental permission. We had to explain that although it was a procedure performed in adults it had never been done in children, so it was experimental with no guarantee of success. They agreed to try anything that might save their child’s life. And so, we embarked with all the changes in equipment and techniques in place, held our collective breaths, and began.

“The trepidation I felt performing a totally unfamiliar and potentially life-threatening procedure was intense and immense. The first dialysis was only two hours. There was no change in his clinical status, still comatose, but his potassium fell from 8.4 to 6.6. Slightly encouraged, we repeated the procedure daily with slightly longer dialysis. By week’s end, his potassium was normal and he was rousable!

“He eventually became a permanent dialysis patient and, as far as I can tell, Canada’s first pediatric dialysis patient. He underwent a live kidney transplant from his father two years later and was then transferred to the adult service.

“I tried to follow his course thereafter. However, with the regionalization of hospital services and changing personnel, I lost track of him.

“Then one day in 2018, I was looking through the obituary section of our daily paper, something we elderly commonly do, and spotted his name. The obituary outlined a life of active community service, chairing small community committees, and he had a loving partner of several years but, obviously, no children. He underwent five transplants and a life of perpetual dialysis yet managed to create for himself a productive and purposeful life, something many able-bodied individuals never achieve. He died of pancreatic cancer.

“Our tenuous and experimental procedure was successful. It led to a productive adult life of over 50 years for this 8-year-old boy and established our first pediatric hemodialysis unit for Ottawa. I have had several memorable moments in my life – professional, academic, and personal – but none so memorable as this.” 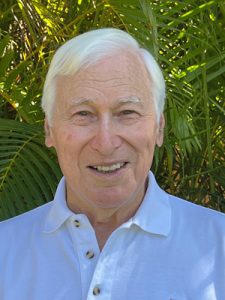 Dr. Peter WYSHYNSKI writes, “On Canada’s centennial celebration on July 1, 1967, my wife, Judy, and I took our two infant daughters and all of our worldly possessions packed in a steamer trunk aboard the Cunard steamship and sailed from Montreal to Southampton, England. I spent the year as surgical registrar at East Grinstead, then considered to be one of the leading centres of plastic surgery in the world. The burn centre and the research lab for microvascular surgery were world renowned.

“The senior surgeons, nurses, and orderlies had all been in the military during the Second World War, 20 years earlier. One was a general, several were colonels.

“The surgeons, including the registrars, had lunch daily in the surgeons’ mess, served by a white-coated steward. All surgery paused during lunch. Nurse Matron always made everyone stand whenever a surgeon or registrar entered the room.

“Throughout the year, there were memorable moments, memorable days, and memorable events. I learned about village pubs, Sunday sherry gatherings, driving on the left, how to appreciate fine wine. I met different people from around the world, learned different ways of doing and thinking, enriched my social skills, and broadened my interest in food, wine, and travel.

“Even though I was very proud of the superb training, skills, and experience I had gained in Toronto, in England I was reminded that there is a big and exciting world out there. ‘Travel broadens your horizons and your mind’ is so true!” Contact: wyshynski@golden.net or peterw@alumni.utoronto.ca

The next issue will celebrate the Class of 7T2's 50th anniversary. Email your memorable moments in medicine and photos to the MAA by March 1, 2022 for the next issue. Digital submissions preferred, or send submissions by mail to: MAA Matters, Medical Alumni Association, 1 King's College Circle, MSB Rm 3249, Toronto ON M5S 1A8. Mailed photos will be returned if requested.