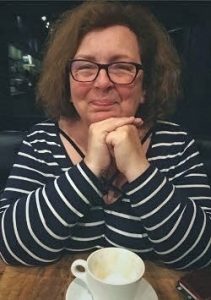 In 1989, Chris Newman started her career as a staff physician in the SickKids NICU, but even prior to that, she trained there both as a resident and a fellow. Her initial clinical appointment was in the Division of Neonatology, where she quickly rose to be the NICU Clinical Director.

While practising in the NICU, Chris began to reflect that there must be a better way to care for children who would ultimately die from their underlying illness. After pursuing further training in palliative care, Chris left the NICU in 2003 to become the first physician to hold a permanent position on the SickKids Palliative and Bereavement Care Service. In so doing, she joined the ranks of a trailblazing first wave of pediatric palliative care physicians around the world.

There is not a unit at SickKids that hasn’t at one time or another let out a collective sigh of relief when they saw Chris Newman approaching to help navigate a difficult situation. Her impact on the current state of palliative care at SickKids and around the GTA cannot be overstated.

Chris’ capacity to care has always extended beyond her patients to the benefit of her colleagues, especially physician trainees. From 1983 to 1990, she served on the board of the Professional Association of Interns and Residents of Ontario and from 1985 to 1991 on the board of the Canadian Association of Interns and Residents; she was President of each during these tenures. Many SickKids residents have benefited from her mentorship and counselling during one of her “Ice Cream Rounds,” which she developed and led over the past few years. (Yes, ice cream or some other treat was always involved.)

In November 2017, Chris decided it was time to retire. She had had a long career with many accomplishments that she could be proud of. However, I suspect that she would tell you she is most proud of receiving the SickKids Robert Salter Humanitarian Award in 2010; above all else, Chris has always striven to be a good person. Although her trademark bellowing laugh hasn’t been heard in the halls of SickKids since that time, her legacy has never left and it never will.

I had the pleasure of getting to know Chris Newman during our time in Daffydil. Chris kept us all in stitches with her comedic acting skills.

What really stood out about Chris was her laugh. I’m sure our classmates would agree that her laugh was unique, infectious, and one of the most joyous sounds one would ever want to hear. In fact, at our class reunions everyone would try to make her laugh just to hear that wonderful sound again.

But as big as her laugh was, her heart was even bigger. I learned of her impact in the field of pediatric palliative care through the experience of a colleague whose child she cared for. Chris provided the family with superlative care and great comfort. Chris Newman was truly one of a kind. She will be missed.