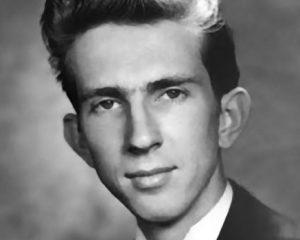 Dr. Berry was a neurology resident in Toronto and received his fellowship as an academic registrar at the National Hospital at Queen Square in London, England, from 1960 to 1962, as did many Canadian neurologists of that era, where he studied both neurology and psychiatry.

Henry came back to Toronto to a staff neurology position at St. Michael’s Hospital from 1963 to 1998. He was Head of the St. Michael’s Hospital Division of Neurology from 1970 to 1976 and Head of the Clinical Neurophysiology Department, providing neurophysiology expertise from 1970 to 1996. A skilled clinician, he was also a scientist engaged in neurophysiology research as this field was developing. He had over 100 scientific publications and presentations to his name in a broad array of medical disciplines. With his psychiatry background he had an interest in functional disorders, and in his later years he was the terror of head injury and whiplash plaintiff lawyers across Canada as he engaged in medicolegal work, making full use of his multidisciplinary skills. He was still lecturing into his eighth decade at Osgoode Hall Law School.

Henry was the very definition of a Renaissance man; he had a brilliant wit and was extraordinarily skilled in the use of words. I remember sitting in Thursday rounds as a resident at St. Michael’s Hospital when, after everyone had said their peace on a particular issue, he would start to talk, offer his opinion, and in addition to the clinical pearls, he would offer such an erudite and grand response that he made us laugh as he taught, even as we were trying to figure out whether he was laughing with us, at us, or both.

His interests ranged far outside of medicine and included antique cars, which he repaired and maintained himself and in which he sometimes took colleagues out for a ride; photography (he had his own studio); and woodworking. Henry had an astonishing breadth of knowledge that spanned philosophy, history, and literature, and that often left us behind as he offered a profound quote on one issue or another.

To those of us who had the good fortune to know and work with him, Henry was the epitome of the erudite, educated, generous, and humorous colleague. He was still working actively into his ninth decade, and when I last met him a few years ago he seemed to be enjoying every moment.