Dr. Paul Danby Watkin ROBERTS, at age 97, on Nov. 22, 2020, in Toronto. In 1949, Paul moved to Quito, Ecuador, to join a radio ministry. He initiated the building of a hospital for the poor; in a country where elevators were unheard of, he insisted that the hospital have one. Paul also conducted original research that developed a successful treatment for pinta, which is common in Ecuador. On returning to Toronto in 1960, he joined EMAS, the arm of the Christian Medical and Dental Society that collects supplies for overseas medical missions. In 1968, Paul helped open Sunnybrook Hospital; when he retired, he was its Acting Chief of Family Medicine and a full professor at U of T. While in Toronto, he maintained his ties with Ecuador and was appointed Honorary Consul of Ecuador in Toronto. For this role, Paul was given something he took great pride in: a red consulate licence plate.  Family’s memorial

Dr. Edward SHEPPARD, at age 98, on Sept. 21, 2020, in Victoria. Ted practised family medicine and obstetrics in Cranbrook, B.C., from 1961 to 1992. Then he moved to Victoria to be the Regional Medical Advisor for WorkSafeBC. Family’s memorial

Dr. Murray Campbell DOBBIN, at age 92, on Nov. 26, 2020, in Toronto. After graduating, Cam practised for five years in Elsa, Yukon, and then completed an ophthalmology residency in Philadelphia. He had a private and surgical practice at Toronto East General Hospital until retiring. Cam loved his island cottage on Lake Temagami and earned his pilot’s licence in the 1960s so he could fly there and avoid the highway traffic. An early embracer of technology, in the 1970s he built his own computer and taught himself how to code and program. Cam wrote computer software to manage patient administration in his office; later, he patented and leased it to other physicians. Family’s memorial

Dr. Kenneth I. MUSTARD, on Nov. 27, 2020, in Dunnville, Ont. Ken started his career as a company physician for the International Nickel Company in Sudbury, Ont. After three years, he began studying to be a general surgeon; he completed residencies in Buffalo and Hamilton before moving to Dunnville in 1962. Ken was the community’s sole general surgeon until he retired in 1996. Family’s memorial

Dr. Ronald Frederick BILLINGS, at age 90, on Oct. 20, 2020, in Peterborough, Ont. Ron practised psychiatry at Sunnybrook Health Sciences Centre and was an associate professor at U of T. Family’s memorial

Dr. James D. T. AINSLIE, on Jan. 2, 2021, in Toronto. Jim was a family physician in Wawa, Ont., then returned to Toronto to train as a urologist. For most of his career, he practised at East General Hospital, retiring in 1996. Jim, his family, and his friends enjoyed wonderful times at his hobby farm in Mulmur, Ontario. Family’s memorial

Dr. Alexander MACPHERSON, at age 88, on Oct. 12, 2020. Sandy trained in psychiatry at McGill University and in 1965 became the Chief of Psychiatry at Ste. Anne’s Veterans Hospital in Sainte-Anne-de-Bellevue, Que. In 1967, he moved to Hamilton to help found McMaster’s psychiatry department in its new medical school. Sandy also served as the Medical Director of Hamilton Psychiatric Hospital. In 1972, he graduated in epidemiology from McMaster. Three years later, Sandy moved to Montreal to found the Département de Santé Communautaire at Montreal General Hospital and be an epidemiology professor at McGill. In 1981, he was named the Medical Officer of Health for the City of Toronto. He returned to McMaster in 1988 to establish the Educational Center for Aging and Health. In 1997, Sandy focused on geriatric psychiatry until retiring in 2001. Family’s memorial 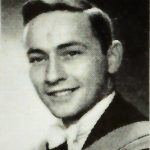 Dr. Richard Brooke EDWARDS, at age 89, on March 26, 2020. Early in his career, Ric worked for Ontario Hydro when it was constructing hydroelectric dams on the Abitibi River near Otter Rapids, Ont. Ric oversaw a hospital’s construction and provided care to the people building dams and their families. Then in 1961, after earning his anesthesiology credentials, he moved to Milton, Ont. For 36 years, he was an anesthesiologist at Milton District Hospital, serving at one time as the Chief of Staff. Ric gradually retired by occasionally performing dental anaesthesia. Family’s memorial

Dr. James William SPRAGGE, at age 87, on Nov. 16, 2020, in Surrey, B.C. Bill started as a family practitioner in Oshawa, Ont., where he joked about being paid in eggs, chickens, and homemade wine. In 1970, he moved to Montreal for a residency in radiology at McGill University. He completed his fellowship in New York City at the Hospital for Special Surgery. Bill was a member of the medical support staff for the Canadian team during the 1976 Olympics in Montreal. He moved to Kamloops, B.C., in 1979 to work at Royal Inland Hospital, where he practised until 2005. Family’s memorial

Dr. Stanley Bertram VENIS, on Jan. 12, 2021. In his over 60 years of practice, Bert cared for three generations of several families. He was Chief of the Department of Family Practice at Doctors Hospital in Toronto from 1964 to 1970. Family’s memorial

Dr. Aileen Euphemia Horrell COATES, at age 85, on Dec. 4, 2020, in Oakville, Ont. After graduating at age 22, Aileen was a Bell Canada company physician for 24 years. In her late 40s, she completed additional training to practise as a GP psychotherapist and then worked in Mississauga, Ont., until retiring in 1993. Family’s memorial

Dr. William Percy FINN, at age 85, on Dec. 16, 2020, in Hamilton. William served as the Deputy Chief of Surgery and the Chief of the General Surgery Department at Hamilton General Hospital. He was also an associate clinical professor at McMaster University. Family’s memorial

Dr. Edward John HAMBLEY, at age 84, on Oct. 23, 2020, in Peterborough, Ont. In addition to being a urologist in Peterborough, Ed was an avid skier, cyclist, curler, and bridge player. Ed was predeceased by his wife, Dr. Joyce Barrett (6T8). Family’s memorial

Dr. Harvey SOCOL, at age 86, on Oct. 24, 2020, in Brea, Calif. For 17 years, Harvey was a family physician in Richmond Hill, just north of Toronto. Harvey’s parents and younger brother left Toronto for Los Angeles and, 15 years later, in 1977, Harvey moved to Fullerton, Calif. There, he practised industrial medicine for 27 years. One of his most pleasant experiences was as a volunteer physician at the 1984 Olympics in Los Angeles. After undergoing heart surgery in 2004, Harvey retired and enjoyed new friendships, played golf, and travelled. Every five years, he attended class reunions at U of T. Family’s memorial 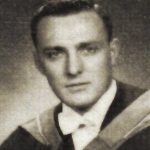 Dr. Douglas Alexander BAIRD, at age 82, on Nov. 15, 2020, in Toronto. From 1958 to 1960 at U of T, Doug was a first-string end on the Varsity Blues football team. In 1968, he earned his specialist certificate in anesthesia. Until 2009, he was an anesthesiologist at Toronto East General Hospital. Family’s memorial

Dr. Robert Noel FOWLER, at age 80, on Nov. 11, 2020, in Chapel Hill, N.C. Robert pursued a family medicine practice before embarking on a long career in pharmaceutical research. He had many interests. Robert coached the Toronto Marlies hockey team, raced Formula V cars, and was an ardent fan of the Toronto Blue Jays. In retirement, he was an active member of the Hillsborough Sportfishing Club. Family’s memorial

Dr. Peter MacLean WEBSTER, on Oct. 6, 2020. Born in China to missionary parents, Peter followed in their footsteps by practising medicine in the Congo. Then, he was a respirologist at Sunnybrook Health Sciences Centre for 38 years. Family’s memorial

Dr. William Joseph O’HARA, at age 70, on Dec. 4, 2020, in Thunder Bay, Ont. On graduation, Bill was awarded the Cody Silver Medal for his outstanding academic performance. A gastroenterologist, he practised in Toronto and then in 2002, he moved to Thunder Bay. Bill reluctantly retired in 2014 due to health problems. In his early 30s, he suffered a heart attack but went on to run and complete the 1985 Boston Marathon; it was one of his proudest accomplishments. Family’s memorial

MAA Matters accepts death notices and obituaries, which may be edited.