Dr. Paul BRATTY writes, “While waiting to go to Paradise, I’m gardening on an acre in the next best place, the Sunshine Coast in B.C.”

Dr. Robert EHRLICH enjoyed the class’ 65th reunion by Zoom in June. “There were only six people taking part, and I don’t know how many are still here,” he writes. “I hope some are here for number 70 – including me.”

Dr. Terence O’HEANY retired from his gynecology practice in 2006. He still participates in CMEs and is licensed to practise in California. 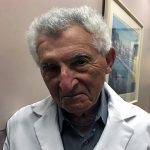 Dr. Ronald LEVY is practising half time with an ENT group in Great Neck, N.Y., but is not performing surgery. Ron reports that he’s in good health and plays tennis on weekends. In the summer, he golfs and goes fly fishing. Fully vaccinated, he plans to visit Canada this year when it’s safe.

Dr. Howard WERNICK practised in Scarborough, Ont., for 18 years, then in Arizona for 20 years, and then with the Phoenix Fire Dept. Health Center for 14 years. While fully retired for nine years, Howard still keeps up with the latest medical advances. “It’s sad to realize that the art of medicine is declining with the advances in the science of medicine,” he says. Happily married for 55 years, two of their three sons are lawyers, and the third is a successful Hollywood screenwriter. Email Howard

Dr. Don BUTT is consulting in disability for a large insurance company. Don and Mary, his wife of almost 60 years, sing in a classical chamber choir, which is currently on hold. He does photography for Canadian Power and Sail Squadrons. 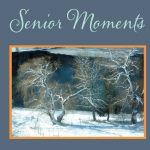 Dr. W. Grant THOMPSON has published the book Senior Moments, which is a collection of his poems for seniors and soon-to-be seniors. Learn more 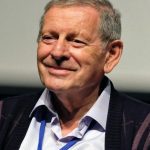 Dr. Ted TULCHINSKY, now 85 years old, last worked in Canada in the 1970s as Manitoba’s Deputy Minister of Health and Social Development. Since 1976, he has lived in Israel and worked for its Ministry of Health. In that role, Ted was the Health Coordinator for the Palestinian population in the West Bank and Gaza from 1981 to 1994. He also taught in the international master’s program at the Hebrew University of Jerusalem’s School of Public Health and started a bachelor’s program in public health at Ashkelon Academic College. From 1992 to 1995, he was part of a World Bank team that assessed health in the Russian Federation after the breakup of the Soviet Union. “I love public health and its ever-changing possibilities, challenges such as COVID-19, and developments,” he writes. He retired in 2001. Email Ted

Dr. Gisele MICROYS reports that her most recent exciting “adventure” has been downsizing from a five-bedroom house to a 1,300-square-foot condo. “It is quite a challenge to get rid of some of the stuff one accumulates over the years,” she writes. “In the end, it is a worthwhile endeavour – no more leaky roofs or basements to worry about, no more mice or squirrels, and no snow shovelling!”

Dr. Shim FELSEN has an active family practice, which he says is helping him through the pandemic. Recently, Shim gave a talk titled “Medicine in the Shtetl,” which combined his interest in the history of medicine with his passion for Yiddish history. He writes, “I have two great grandchildren who I am hoping to eventually meet once travelling is again available.” Email Shim

Dr. Arthur WEINSTEIN is living in Claremont, Calif., about 40 miles east of Los Angeles. In addition to enjoying the superb weather and geography, Arthur is involved in research and is a clinical professor of medicine at Loma Linda University, where he teaches medical students, residents, and rheumatology fellows. Email Arthur

Dr. Victoria THOMPSON, who lives in Amarillo, Tex., experienced the state’s February record cold snap. “Until these last few days, the coldest temperature in Texas was -6° F in 1896,” she writes. “Elective surgeries have been cancelled in Houston due to burst water pipes. In Amarillo, the schools are closed to conserve energy and avoid programmed blackouts, which are done to conserve energy. This has also interrupted the delivery of COVID vaccine to centres and the vaccination of our citizens.” 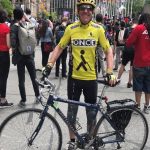 Dr. Lorne TARSHIS, after a 35-year “love affair” with cosmetic surgery, has completely retired. Although a difficult decision, Lorne was committed to retiring at the top of his game. He now enjoys cycling and being a gentleman farmer. Lorne is waiting to hug his friends and family members, ski, and travel after the pandemic.

Dr. Brian DINGLE, a self-confessed introvert, says he’s “happily enjoying COVID isolation.” He divides his time between his home on Lake of Bays, Ont., and his home in Waterloo, Ont. Brian writes, “Our three children are content – in law, computer science, and audiology – and our two grandchildren are brilliant. What else could you ask for?”

Dr. Jacalyn DUFFIN was inducted into the Canadian Medical Hall of Fame in 2019 and appointed to the Order of Canada in 2020. A grandmother of four and retired, she is still a busy scholar with one book published in 2019, another in 2020, and two more books coming out this year. Email Jacalyn

Dr. Avram SELICK had an exclusively hospital-based practice since 1998; he worked in a hemodialysis unit, on general medicine wards, and in a mental health unit. Av and Rosalie, who married 1978, have lived in the same North York, Ont., house since 1980 and have no plans to move. Even before retiring in June 2020, he was a busy amateur French Horn player. Av asks that you pardon him for not attending class reunions; he still feels connected to the class and rejoices in his classmates’ achievements. Email Av

Dr. Paul STEINBERG is a clinical professor in the Department of Psychiatry, University of British Columbia, where he has a psychoanalysis and psychoanalytic psychotherapy practice and helps administer the psychotherapy program. His wife, Dr. Carolyn Steinberg née Gruenwald (7T6), is a child psychiatrist and psychoanalyst. They have three sons; one is a librarian at Ryerson University, one a mathematics instructor at the University of Oregon, and one a first-year family medicine resident at the University of Saskatchewan. Paul enjoys playing classical piano. He recently published the book Psychoanalysis in Medicine. His next book, Applying Psychoanalytic Thought to Contemporary Mental Health Practice, will likely be published this year. Email Paul

Dr. Kenneth Ngai Hoi CHEUNG retired from medical practice in 2017. To raise awareness of diabetes and Canadian medical history, Ken contributed to the video Insulin 100 – The Centenary of Insulin Discovery. “Cheers to the century ahead!” he writes. Email Ken

Dr. Tom EGAN, after completing his Canadian Armed Forces commitment as a medical officer and flight surgeon, trained as a cardiovascular surgeon in Toronto and then did a thoracic transplant fellowship in St. Louis. Tom then started a lung transplant program at the University of North Carolina at Chapel Hill. He has a neurologic disability from a rare disease so no longer performs surgery. However, he still conducts research, teaches residents and med students, and works in research administration. “Lots to do!” Tom says. 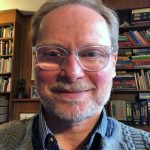 Dr. Peter TINITS, who lives in Stratford, Ont., has published the medical noir thriller A Cause and Manner. It is about a sleep-deprived anesthesiologist who enlists his friends’ help to deal harshly with his wife’s lover. “It features dark humour and physicians behaving badly,” he says. Email Peter

Dr. Jed (Gerard) LIPPERT is the Medical Director of Tompkins County Medical Health Services in Ithaca, N.Y., where he practises psychiatry. He likes sailing, hiking, and cycling in the Finger Lakes region. Gerard looks forward to the class’ 50th anniversary in 2027. Email Gerard 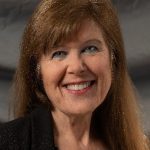 Dr. Lucy Lynn McINTYRE was appointed a member of the Order of Canada in November 2020 for her influential research in health equity and food insecurity, and her contributions to public health policies in Canada. 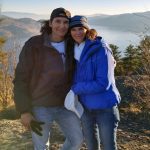 Dr. Lori HASULO is President of the Class of 9T5. The class members were planning their 25-year reunion for last June but still have not decided on a date, given the pandemic. They are considering this fall, but Lori says they may wait until spring 2022 to hold the event. 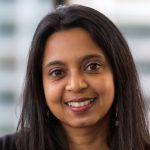 Dr. Tuhina NEOGI is the Section Chief of Rheumatology and a professor at Boston University School of Medicine. In a virtual ceremony in February, Dr. Gilian Hawker (8T4) was among those who spoke at the event in which Tuhina was awarded an endowed chair and named the Alan S. Cohen Professor of Rheumatology.

Dr. Sparsh SHAH is a co-founder of the start-up Tidbit. “We’re trying to automate the process of visual abstract generation to better communicate medical research studies,” he says. Email Sparsh

Send your news and photos to the MAA. For your Class Notes to be included in the June MAA Matters, please send it by June 10.

Email your news and photos here