To celebrate the Class of 7T2’s 50th anniversary, classmates share some of their memorable moments in medicine. 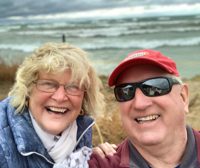 Eric (right) with his wife Sheila

Dr. Eric BARKER writes, “I will always remember May 31, 1985, as a hot, humid, storm-ridden day. It was the day when the last F4 tornado occurred in Ontario. It was also the day I experienced the one-and-only case of prolapsed umbilical cord in my obstetrics career.

“The patient was a grand multiparous woman, 36 weeks gestation, who came in with strong labour pains. Her membranes ruptured spontaneously with copious meconium. Examination revealed a prolapsed cord and high breech presentation.

“At this moment, I was grateful for Dr. Dave Shaul [Class of 4T7] of Mount Sinai Hospital whose seminar on managing obstetrical emergencies had impressed our group of six clinical clerks in 1972.

“Wiarton, Ontario’s, rural cottage hospital lacked caesarean section capability so onto a Code 4 ambulance transfer to our referral specialists in Owen Sound with the patient in knee-chest position, my hand keeping the breech at bay. It was during this ride that the ambulance radios “opened” across our region. We all heard of the devastation in Barrie: fourteen tornados touched down in a path from Grand Valley to Barrie and eight lives were lost. “The story ends happily with a baby girl born by C-section. She is well to this day.” Contact: windburn@bmts.com [Note: this story is included with patient consent.] 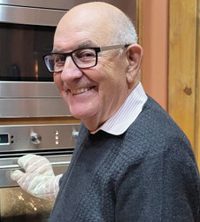 Dr. Lanny EASON was Chief Medical Officer at a hospital in southern California. He writes, “I was responsible for oversight of quality and patient safety. Our focus was on ‘Getting to Zero’ for patient hospital-acquired conditions, including infections and postpartum hemorrhage.

“We implemented a detailed program of action including dedicated off-site educational and action-planning forums for both clinical and non-clinical team members, frequent ‘rounding for safety’ by senior executives in all hospital areas and recognition of highly performing departments.

“Using the tune of Tom Petty’s song ‘I Won’t Back Down,’ I wrote lyrics for a hospital handwashing theme rallying song. Our team embraced this enthusiastically, and we also shared it with our sister hospitals as a team-building tool.

“Our patient safety results were excellent and for this achievement the team and I received the VHA Award for Patient Safety.”

Dr. James FITZGIBBONS retired from hematology/oncology practice seven years ago. He was a co-founder of the main independent cancer centre in Lane County, Oregon. Contact: jimcollf@gmail.com

Dr. Joe JAGDEO, after being appointed to the pediatric department at Scarborough General Hospital (SGH), writes that “the following years were tumultuous.

“Scarborough was an experiment-in-progress of the new and evolving Canada – multicultural, multilingual, and multi-hopeful. Young families from Asia, the West Indies, Guyana, and Sri Lanka came bursting with expectation. SGH, perpetually underfunded, rose to the challenge. Staff hiring in nursing, housekeeping, and administration accelerated. Language translators in Cantonese, Mandarin, Hindi, and Urdu were hired.

“The original hospital chapel, founded by Catholic nuns, was converted to a multi-faith religious centre welcoming Buddhists, Muslims, and Hindus along with other denominations. The medical and nursing staff adjusted to the new reality of treating diseases rarely encountered in their training, such as malaria, typhoid, and sickle cell crises. They diagnosed rashes on skin with varying degrees of pigmentation. Obstetric, pediatric, and neonatal services were expanded with special attention to the sensitivities and nuances of culture and religion in these areas.

“Not to be outdone, our hospital cafeteria menu exploded to include curries, samosas, and jerk and noodle dishes in addition to the usual meat-and-potatoes fare.

“Over the years, our hospital witnessed the struggles, disappointments, and triumphs of our community, and from my pediatric vantage-point, I saw families that fled from destitute circumstances. They came to a country that admitted and welcomed them, allowing them to share in the promise and vision of what Canada can be.” 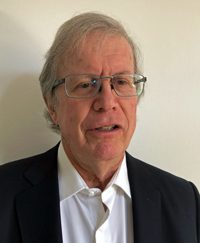 Dr. Howard PRICE writes, “Our class had the opportunity of directly witnessing the most revolutionary decade of medical diagnostics – the 1970s. It was during this decade that technologies such as CT, ultrasound, echocardiography, and endoscopy were developed, all of them dramatically changing our diagnostic capabilities.”

Dr Lloyd ROSSMAN writes, “After 50 years in practice, there are a multitude of stories and unique experiences that have made this career so fascinating, rewarding, and colourful for each of us. Upon reflection, there is one episode I always look back on with a smile.

“The year was 1971, and clinical clerkship was the order of the day. The 7T2 meds class had been divided up, and I found myself at one of the larger downtown teaching hospitals. We were supposed to be ‘doctors.’ In truth, we were certainly lacking in clinical skills and practical experience – but definitely not in enthusiasm. A classmate (I’ll defer the name to protect the innocent) and I decided we needed to learn how to start IVs. After all, didn't all doctors know how to do it? With some reluctance, the IV team nurse agreed to let us follow one of her staff on evening rounds, and we could start an IV under supervision.

“Dressed in our trusty white lab coats, off we went. The call came in 30 minutes later from the OB floor. A lady was in full labour, and an IV had been requested. The two ‘eager beavers’ entered her room where the audio was at full volume! We introduced ourselves as members of the IV team and proceeded to start the IV.

“The veins were accessible and with a first attempt – Bingo! – that telltale flash of blood was noted. We hung the IV bottle on the pole and, feeling smug, opened the valve to let the fluid flow. The problem was that the blood kept running retrograde back up the tubing. In fact, the ‘crimson tide’ not only was running backwards but pulsating in time with the patient’s cries. My colleague (now an eminent cardiologist) stood his full 6’2” and climbing a chair held the IV bottle above his head hoping to see the fluid flow into the arm, but no such luck.

“Clearly we’d catheterized an artery. So now what? While my partner held the bottle skyward I took off in search of the IV nurse – our saviour. I located her a few minutes later and, in a full sweat, recounted our problem and begged her to bail us out.

“She entered the room to the scene of a patient in active labour and a tall anxious med student holding an IV bag above his head. As a wry smile crossed the IV nurse’s face, she turned to the two of us and said, ‘You know boys, these IVs run a whole lot better if you take off the tourniquet.’ It’s a lesson in humility I’ve never forgotten.” 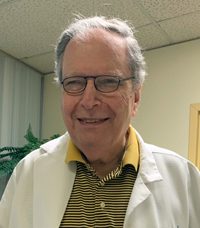 Dr. Vahe SIVACIYAN pursued internal medicine and the subspecialty of cardiology, practising out of St. Joseph’s and St. Michael’s hospitals in Toronto.

He writes, “At university, I learned the science of medicine. During internship and residency and as a fellow, I learned the practical application of that science and the art of medicine and learned how to practise my vocation. I bow in reverence and gratitude to all those who taught me.

“As I practised my profession and took care of the sick, I learned the following important life lessons.

“Presently, I am semi-retired. I no longer work in acute care hospitals but still see patients in the office. I owe thanks and gratitude to my secretary who has worked with me for 42 years. She has made this ‘ride’ smooth and free of ‘thorns.’ I graduated from the Medical Faculty of U of T in 1972, 50 years ago. Today, in 2022, I still have to graduate from the Faculty of Life at the University of this World.”

Heart surgeon makes one breakthrough – then another

In Memory of Dr. Robert Douglas Burgess, Class of 7T4